Some folks are just blessed and some are a blessing. Memphis Jones is both. Here's the story of how a magazine feature, a fashion shoot for "the clothier to the king", a farewell performance at the legendary blues ball and an encouragement award converged in a coincidental collaboration.

1) Memphis Jones agrees to emcee the grand opening of the Memphis Music Hall of Fame celebration at Hard Rock Cafe.

2) One thing leads to another. Memphis is photographed at this event and later featured in the October issue of 4Memphis magazine.


Memphis' friend, Hal Lansky, of Lansky's 126, is also present for the grand opening along with Pat Kerr Tigrett.

3) Lansky's 126 outfits Memphis and band for their special performance and an idea is born to feature Memphis as the face of their new advertising campaign.

4) Meanwhile, internationally recognized fashion designer and Memphis philanthropist, Pat Kerr Tigrett, contacts Memphis to ask him to be a part of the 22nd annual and final Blues Ball as a performer and emcee for a fashion show featuring Lansky's, clothier to the King, Elvis Presley. The event was held at Gibson Guitar Factory in Memphis, Tennessee. 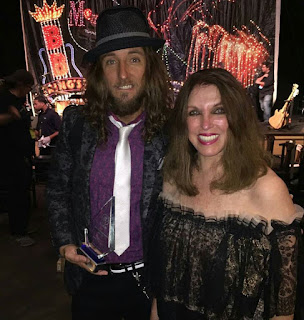 5) Impressed with his positive spirit and enthusiasm for his hometown, Ms. Tigrett honors Memphis with the Encouragement award at the 22nd Annual Blues Ball.


Memphis loves Memphis. He is both an official and unofficial ambassador to his hometown. At every opportunity, Memphis encourages a genuine spirit of enthusiasm for Memphis and its rich musical and cultural heritage.

You can hear it for yourself in Memphis' own words:

"There's no other city that's given the world more beloved music than Memphis, Tennessee...You're a built in ambassador to this city...Call your friends, call your family and tell them to come and spend Christmas with you because you are going to show them the time of their life seven nights in a row!"

And, you can do just that this upcoming Thanksgiving weekend as BBKing's will feature two very special performances by Memphis on November 27th and 28th. Bring your friends and family visiting from out of town and treat them to an authentic, uplifting and encouraging Memphis music experience. with a one-of-a-kind Memphis Jones performance.

Get there early. The place will be packed!


Book Memphis to perform or emcee at your event, personality or tours HERE.
Posted by Memphis Jones at 9:47 PM