An Evening with Memphis Jones in Ontario this November

Limited dates of this intimate show. from world-famous Beale Street
in Memphis, Tennessee to you, Ontario, Canada!

"Memphis Jones is a class act! Excellent music and singing, a large variety of rock, rhythm and blues, and Memphis knows the history behind the songs. Memphis was also the keynote speaker at our Closing Ceremony on Wednesday morning, delivering a lively, inspiring address, applicable to all of us! I'm told we're already on your calendar for 10/20/2020 in Biloxi; I hope that's the case!"
~ Mike Roberts, 2019 MAGPPA President

Posted by Memphis Jones at 2:02 PM

Memphis Jones and The King

Memphis Jones and Jay Dupuis will offer a new take on their original show from Canada at Elvis Week in Memphis's hometown. Don't miss these friends and fellow entertainers as they perform together onstage at the Graceland Guest House Theater! 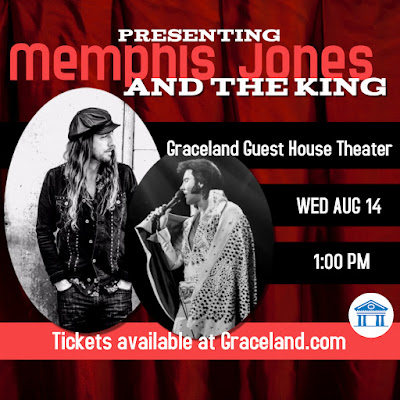 From Graceland:
"Join musician and historian Memphis Jones as he takes you on a journey through the roots of Memphis music. Through song and story - from Sun to Stax – dive deep into the roots of Memphis rock ‘n’ soul. The show will also feature singer JAY DUPUIS AS ELVIS who will share Elvis’ music born out of Memphis and inspired by the city he called home."

Memphis Jones returns to Ontario, Canada to participate in the 25th anniversary Collingwood Elvis Festival, but has squeezed in a few more performances, including his 3rd performance at Jazz at the Station, his yearly appearance on the Coca-Cola Stage at Blue Mountain Village, and a brand, new intimate performance for fans at Simcoe Street Theatre. Don't miss these special summer performances!
From collingwoodjazz.ca:

"Memphis Jones & his Trio are a house band at BB King’s Bar on Beale Street in Memphis. From Blues and R&B to Soul and Rock&Roll, he gives music lovers performances that are high
on energy & soul and his witty, interactive style engages fans of all ages.


Memphis guarantees his audience a fun experience whenever he takes the stage.


Whether you want to dance, reminisce, or just sit and enjoy, Memphis Jones brings the true sound of Memphis to audiences everywhere." 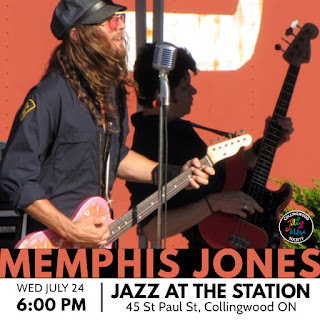 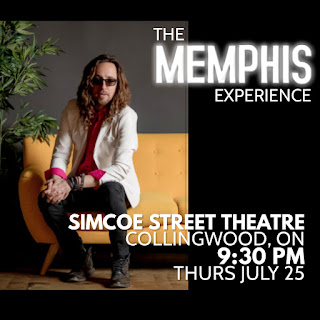 Purchase tickets HERE for this intimate performance from Memphis Jones at the Simcoe Street Theatre. Seating is limited! 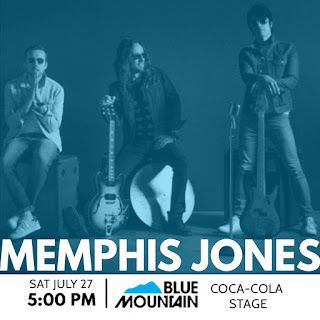 Join Memphis and a few thousand of his closest friends in the beautiful Blue Mountains!
More info at http://bluemountainvillage.ca.

And, as always, Memphis will be appearing on stages throughout the 25th Collingwood Elvis Festival as emcee, storyteller,  and performing with his band. 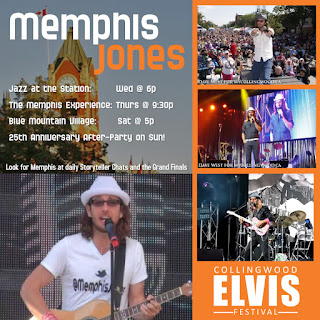 Follow MEMPHIS JONES on Facebook for more upcoming public performances.
To book Memphis Jones for your festival, corporate event, or as a keynote speaker, contact the office at mphsjones@yahoo.com.
Posted by Memphis Jones at 3:43 PM

A couple of upcoming shows 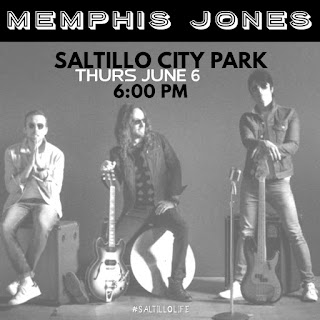 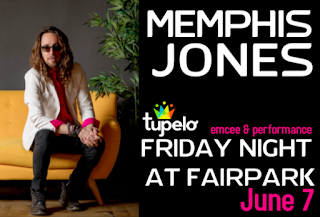 Follow MEMPHIS JONES on Facebook for more upcoming public performances.
To book Memphis Jones for your festival, corporate event, or as a keynote speaker, contact the office at mphsjones@yahoo.com.
Posted by Memphis Jones at 1:15 AM

See what people are saying about Memphis Jones
and B.B. King's Blues Club on TripAdvisor.